Oliver Percovich: It's Her Turn

I’m a feminist. I believe in the equality of women and men and so should you.

From day one, Skateistan has also been about equality.  I think this is because of where we first began. There are many striking things about Afghanistan, but for me, back in 2008, the biggest thing was the lack of women and girls taking part in public life. I simply didn’t see women or girls doing any kind of sport or leisure activity. I was shocked that there almost weren't any women driving cars or motorcycles (and women that were on motorcycles often dressed as men to be safe). But statistics also show that Afghanistan is among the worst countries to be born a girl so no surprises.

When I first skated the streets of Kabul, it definitely wasn’t with the idea of founding an NGO with equality at its center. I was simply doing what I’ve done pretty much anywhere in the world - going out and exploring a new city on my skateboard. But when kids in Kabul started to follow me around, asking to have a go, I realized that a skateboard in this context could be something powerful. And when girls started to join in, the dots joined up and I knew that I could at least try to make a small difference.

The reason that girls were able to skateboard was because skateboarding was so new in Afghanistan that it wasn’t seen as a sport. There weren’t any societal rules that said that girls couldn’t do it. But that couldn’t last forever, and when girls reached around 12 years old, they would stop coming to those informal skate sessions in the fountain in Mekroyan. For many girls in Afghanistan, once she reaches a certain age, public life is very much restricted, and there is almost no chance of doing a sport in public.

That made me realize that we needed an indoor space. A place where girls could skate without being out in public. And so Skateistan was born; an indoor Skate School with classrooms as well as a skatepark. The whole idea was based on the need to provide a safe space for girls to skate.

That’s why I’m especially excited by Skateistan’s current campaign, It’s Her Turn. This campaign is all about the way that girls become empowered; not through being given permission from men, but by being inspired by other women.

Having female role models is so important for girls. As the saying goes, you can’t be what you can’t see. Having women in positions of leadership at Skateistan shows girls that they can also become leaders. All our Skate Schools are female-led and over 50% of our staff as well as our Advisory Board are women. Female educators understand the challenges that girls face, and can help them overcome these barriers from their own experience.

I’ve been stoked by the range of amazing and inspiring girls and women who are also helping to bring awareness to this campaign. Our short film features the incredible skateboarders Amar Hadid, Lucy Adams, Sarah Meurle and Helena Long. We have a photo collection of female skaters, photographed by women including Zorah Olivia, Norma Ibarra, Hannah Bailey, Raisa Abal, Olga Aguilar and Skateistan Educator, Mubaraka Muhammadi. The campaign has been shared by Sky Brown, Candy Jacobs and Jenny Jones. This army of support shows just how powerful it can be when women support other women. It’s a beautiful chain of support.

You can give the opportunity for a girl to grow into a leader at Skateistan by donating here.

Never miss an update from Skateistan. Sign up to our monthly newsletter here. 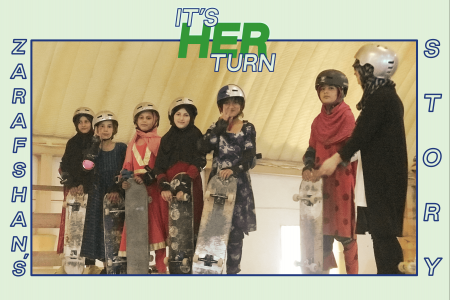 It's Zarafshan's Turn
Meet Zarafshan, who is 13 and lives in Kabul. Zarafshan was scared because she thought her teachers would be unkind. But her Educator, Malalai, showed her the kindness is the best way to learn. 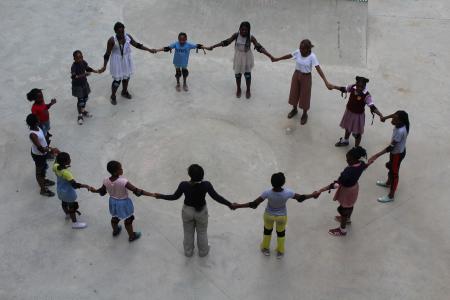 Measuring impact at Skateistan: Social Return on Investment
Recently, we embarked on a project to measure the social return on funds invested in Skateistan. Thanks to the efforts of three amazing volunteers, we can now calculate the social value of our programs! How do we do that? Read on!